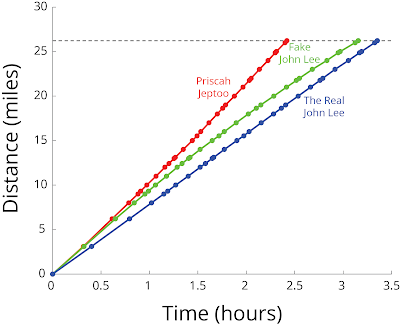 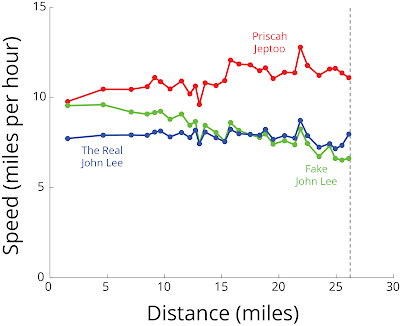 So by looking at the slopes at different locations of a runner's graph of distance vs. time, we can see how quickly that runner is moving. And in this case, we can see who ran a smart, steady race, and who hit the wall.
Posted on Tuesday, November 05, 2013