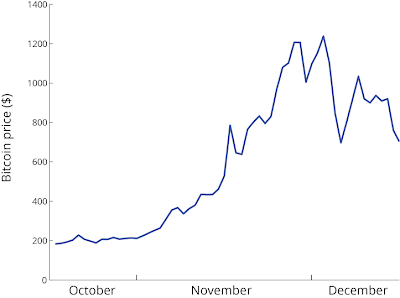 So Bitcoin involves mathematics and cryptography rather than centralized institutions (like mints and banks) to create currency and prevent fraudulent transactions. Over the next few years, we'll see if digital currencies like Bitcoin catch on.
Posted on Monday, December 16, 2013