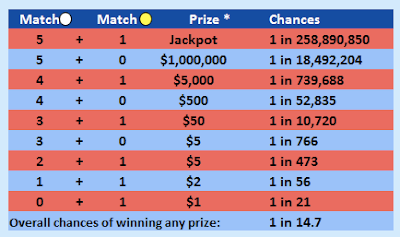 So to summarize, for every $1.00 you spent on Mega Millions, you could expect to lose about 40 cents. You're better off playing roulette.
Posted on Thursday, December 19, 2013